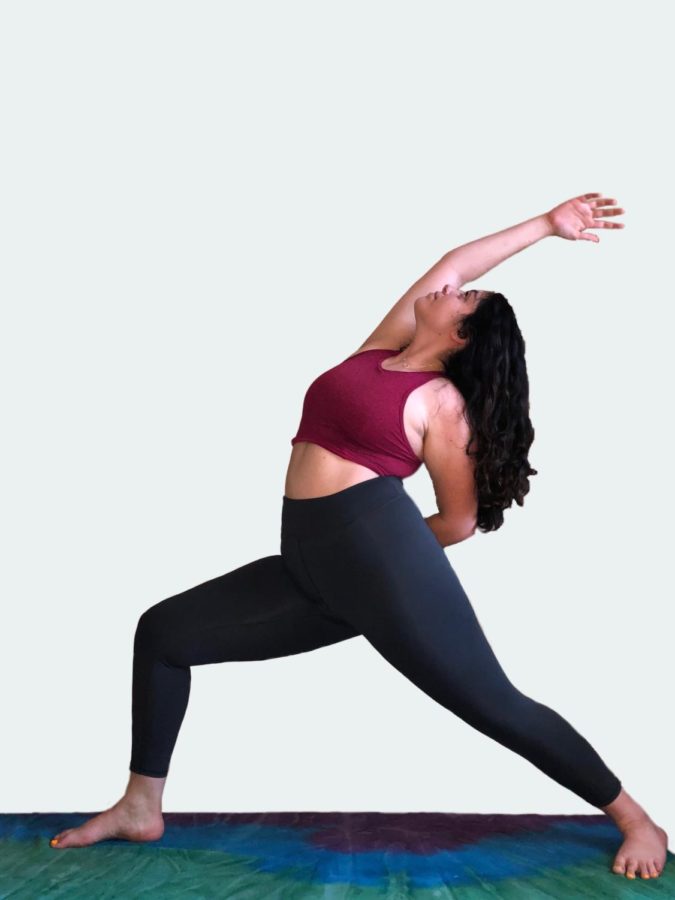 Doing yoga may be a stretch for some, but senior Nora Mehltretter and junior Maya Gavia bend over backwards for it.

Mehltretter and Gavia are student ambassadors for Y2 Yoga, a yoga studio in the Cotswold Village shopping center. They applied for their positions earlier this year after receiving email notifications about the opportunity. As student ambassadors, they attend classes at least twice a week and work to promote the studio within their community.

Mehltretter had already been taking yoga classes at Y2 before she applied. She started doing yoga her freshman year to deal with her anxiety and has continued with the practice ever since.

“I love the fact that when I go I feel so much calmer,” Mehltretter said. “I feel disconnected from the rest of the world because I’m just focusing on doing yoga, my breathing and getting into the poses. It really helps me forget about my problems in life and just lets me be.”

Gavia agrees and believes that she has found a positive environment through yoga.

“I like the people and the culture,” she said. “I like the energy, the environment and the state of mind that comes with it.”

In addition, Gavia has always had a connection to yoga.

“Yoga has always been a part of my life because before I was born my mom did yoga all the time,” she said.

While Gavia did take classes at different points in her life, it wasn’t until her sophomore year that she started to attend classes more regularly.

Even with years of experience, Gavia and Mehltretter believe they have much more to learn about yoga.

“Yoga is ongoing, and you’re never going to finish learning yoga,” Mehltretter said. “You’re never going to reach all your goals in yoga because there is always something new that you can try for.”
As student ambassadors, Gavia and Mehltretter encourage their peers and friends to start taking yoga classes. During the summer, the two of them invited their friends to attend classes.

“Everyone starts somewhere, and the reason I say that is because that’s what everyone told me when I was starting out,” Gavia said. “You start somewhere, just go to a class and do it. A big thing that you’ll hear people say in yoga is just be present, so showing up and being present is 80-90 percent of doing yoga. The mindset and just getting yourself there is just as important as actually doing the yoga.”

“Just do it,” she said. “It’s so hard to go to your first class because you feel like everyone is looking at you and you feel like you’re doing it all wrong, but if you actually go, the teachers are going to be so supportive and the other people in the class are going to be so supportive.
“Once you go one time, that’s all you really need to keep going back,” Mehltretter said.