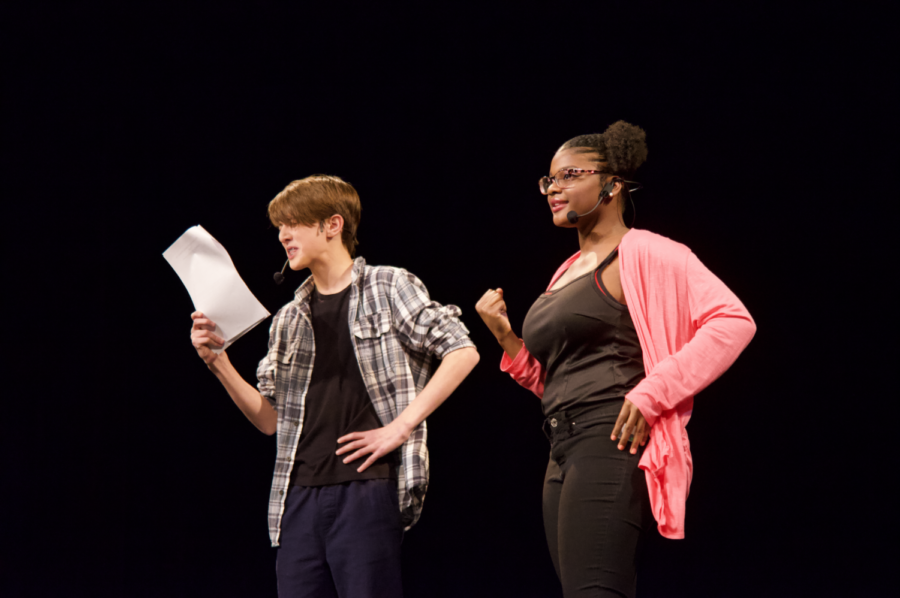 I honestly did not have a clue of what to expect walking into the auditorium. I have seen my fair share of East Meck’s performances. I remember attending every musical and always being blown away by the performances.

On Dec. 6 and 7, East held it’s winter play performance which was two short plays performed with an intermission; first, The Audition, and second, Check Please. I had the chance to review the performance The Audition on Thursday Dec. 6, and personally, I thoroughly enjoyed the performance.

It was roughly 30 minutes long, but time flew fast while watching. The play starts off with a people presumably waiting for an high school audition, and the play manages to tell quite a few different stories. It gives the setting of an actual audition quite well, showing people with their nerves racked and trying to get in last minute practice. And from there it goes on to how people make the call backs and progress to the final product of the show. I can only imagine how humorous auditioning for The Audition was.

There was plenty to be entertained by. The play kicks off with good humor, which set the pace of the play. The cast performed the jokes very well and received good laughs from the crowd. The over exaggerations and well timed jokes struck the crowd. Truthfully, I cannot pick just one character who stole the show with jokes. From the narrator, Jack Meltsner, playing the impatient “show biz” director to a tee to the simple shy character who would only whisper to talk that the crowd found lovable and entertaining. Everyone played their part very well.

But as for the jokes, there were quite a few serious plot lines in the play that caught me off guard. The play talks of a few situations that can range from super serious to not so much. For instance, Carrie (Saraiya Mills), obtains the lead role in the play but has to fight her father to keep the role since he wants her to get a job. Another example is the character Soleil (Alexa Rodriguez Amador), deals with being bullied, but not being stopped by them. I think these situations are displayed very well and got the audience’s attention, I think it keeps a good message of how the show must go on in it.

I have only a few critiques. For the most part everyone was clear and concise with their words, this was an issue only a few times, when there were multiple people speaking and the actors mumbled their words. And the only other drawback was that the play was slightly confusing on first look. The names of all the characters were hard to keep up with or just muttered along because they were not necessarily needed for the play. And it was not very clear when it was put into a flashback, I thought it was just two people on stage but it turned out not to be. These being very minor critiques on the play, as a whole it was still soundly performed.

Overall, The Audition left me excited for the future of the theatre department. I thoroughly enjoyed watching this and cannot wait for the many more productions East has to offer.