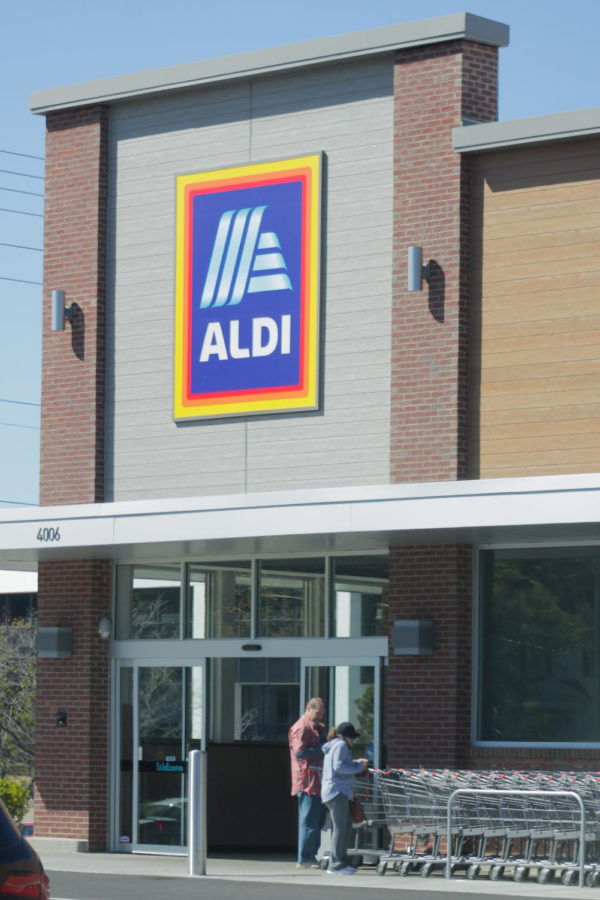 When you walk down Monroe Road, it smells like car exhaust, McDonald’s fry grease and… coffee beans? Since mid-September, yes. A new shopping center, prominently featuring a grocery store and an already open Starbucks made its debut in April, promising more traffic and attention drawn to the busy street.

This new shopping center is within walking distance from East Meck. Already occupying space and attention is Starbucks. The chain coffee shop opened recently, progressing the development of the shopping center. Soon to be housed in the same location will be a retail space, a general care clinic, gas station, grocery store and more. MoRA, the advocates trying to brighten their community in and around Monroe Road, is striving to gain an adult beverage shop, a dry cleaning service, and a hair and nail retail store.

Currently, on Monroe there is, most prominently, a Hawthorne’s Pizza, McDonald’s, Wingstop and Independence Library. Many student hangouts wait across the street from East, serving as popular restaurants, particularly during football season. Many of the new spaces being added will not appeal as much to the teen demographic, office locations housing undecided businesses. The Starbucks and potential other sit-down restaurants, however, will add a new element to students’ after school lives.

“For the ones who stay after school, they can go and get some food, so it’s convenient,” East Meck junior, Nyla Henard said.

With every coin, there are two sides. The other side of Independence and Monroe growing in popularity is an increase in traffic and higher chances of crime happening close to the East. In the 2018-2019 school year, there were two lockdowns at East due to crime happening nearby.

Associate security guard Bobby Ferrell does not believe that the addition of the shopping center will impact the safety of students at East. He does, however, believe that he and his co-workers will have to keep a close eye on students leaving East’s campus to go there.

Ferrell is usually seen riding around campus in a golf cart, securing the safety of East. There is no concern of these stores being held up similar to how McDonald’s was.

“That can happen anywhere, so I wouldn’t just… say them to say it’s gonna happen, no. And this neighborhood is a good neighborhood, so, no I can’t say it’d have a greater risk,” Ferrell said. “I would love for [security]to increase. We do need that.”

Overall, it seems that the staff at East believe the new shopping center is a positive thing.

“I think it’s positive in the respect that the area is improving and trying to make a comeback,” East’s treasurer Karen Jester said.

Regarding students skipping class to get food from one of these storefronts, the staff is in agreement that students who are going to skip will do so with or without new options.

“Students have been here for so many years they’re gonna leave regardless,” Jester said.

One of the biggest advantages of the new shopping center is the fresh attitude and audience it will bring to the neighborhood. With the increase of businesses, it will draw more attention to the area. Charlotte’s overall expansion has proven to be a positive thing, making the city a contender for multiple major events to be located. The same will be expected of the improvements on Monroe and Idlewild Road.

The new storefronts being added to Independence Blvd. will not only benefit students looking for a place to stop after school but enhance the presence of new audiences interested in the neighborhood.