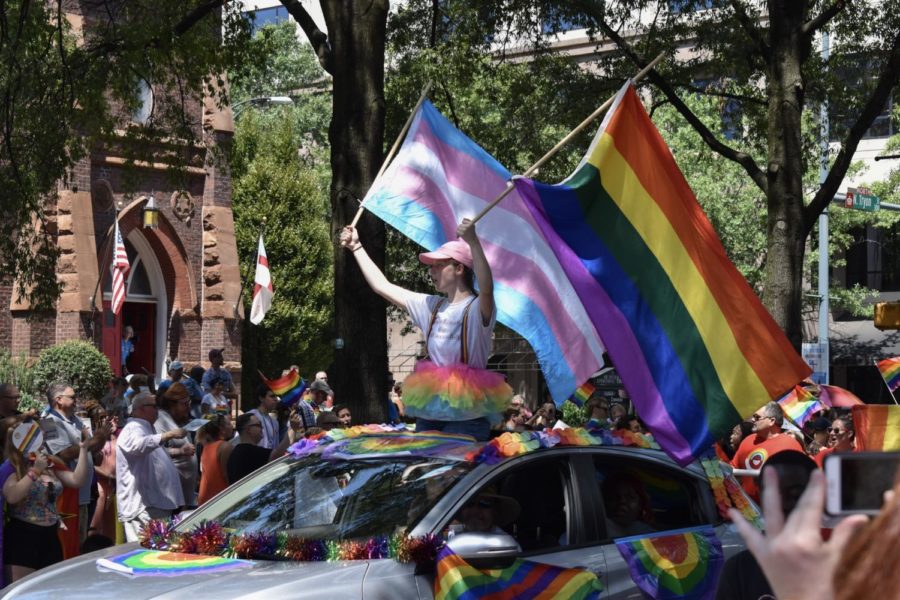 Seeking a supportive friend group, an opportunity to be heard or a chance to discuss common interests, a GSA attendee feels at home immediately upon entering.

Since its introduction to East Meck in 2003, the GSA has gone through multiple names, host teachers and leaders. Being known primarily as the Gay-Straight Alliance since its inception, it has recently been recognized as the Gender Sexuality Alliance. Growing more prominent in student culture over its 16 years, the club is now under new leadership.

“It’s important that [students] have a safe place to come,” English teacher and co-adviser Melissa Shields said. “Sometimes LGBTQ kids are bullied in school. If [students] are struggling and they need a place to feel safe, they should come to GSA.”

In previous years, GSA’s priorities were balanced between advocacy and providing a support group for LGBTQ students. This school year, GSA plans to expand its focus on promoting LGBTQ students and encourage the involvement of allies, those who support the LGBTQ movement.

“Straight allies are also important, it should not be viewed as something that only LGBTQ kids can come to. Anyone is welcome to come,” Shields said.

GSA also identifies as a learning experience for students who aren’t in the know. Students who have questions about themselves or their friends can seek answers by attending  GSA meetings.

GSA co-president and senior Zoe Smithwick plans to steer GSA into activism. Since last year’s GSA wasn’t as big as this year’s, she plans to take the opportunities a larger club offers and organize more activities.

“We are trying to do more events, more activism, more awareness, more everything, because it wasn’t as big last year, so we’re trying to fit everything in,” Smithwick said. “Our goal is to promote activism and awareness of the LGBT community, especially because [East] is a really diverse school.”

GSA co-president and senior Ash Warren has a similar plan for the club’s future. She wishes to take the GSA on a more advocacy focused path, as she wants LGBTQ youth to be heard, not just seen.

“This year we’re focusing more on advocacy,” Warren said. “I feel like it’s really important for me to lift up the voices of other LGBT people.”

Warren also encourages students who do not identify as LGBTQ to join, as you “don’t have to be gay to be in GSA.”

Under the new co-presidency, the GSA will take more action towards getting the voices of LGBTQ students heard. Whether this is through schoolwide advertisements, emailing North Carolinian lawmakers or any medium in between, the GSA’s leadership will have a voice louder than any leaders who came before them and hopefully have an impact.

As an introduction to GSA meetings, a slide presentation assures students that, “What is said here stays here, what we learn here leaves here.”