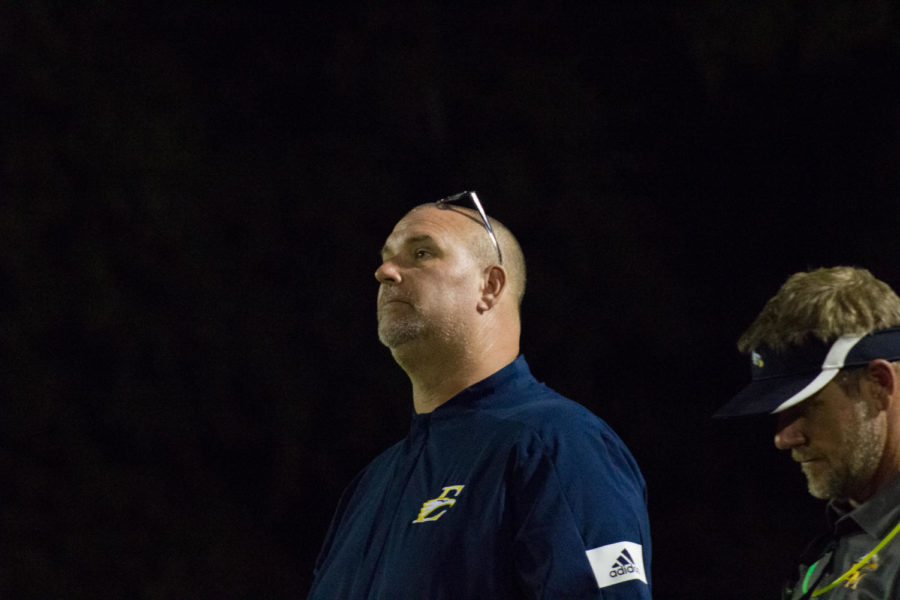 To the average coach, having a good team is the most important thing a sports program can have. However, to East Meck’s new athletic director, Jason Fowler, a community feeling is just as important.

The feeling of community at school is a big deal to Fowler. When he first arrived at East 15 years ago in 2004, current principal Rick Parker was the assistant principal at the time, yet still acted as the main component of the school’s family atmosphere.

While Fowler still believes that the community feeling at East is one of the best feelings he has felt in all of his years working in public schools, there is something missing.

“I think the community piece isn’t as strong as it was when I was here before,” Fowler said.

East continues to show it’s a welcoming atmosphere as the staff has embraced Fowler’s return to the school for the first time since 2010.

“We’re glad to have him back,” Parker said. “He brings an energy that not many people can bring.”

Fowler’s first encounter with East was focused in the football program from 2004 to 2010. He previously worked as a position coach for West Charlotte High School and came to East because of an opportunity to become the offensive coordinator for the Eagles.

“Even back in the day he was a fantastic coach,” Parker said.

Having a son that is a student at East and a daughter on the same path, returning to East gave Fowler an opportunity to be a bigger part of his children’s lives. Fowler also liked the familiarity he had with East.

“I love athletics. I think it’s the reason I love coaching. I love directly impacting kids in that form,” Fowler said.

Fowler owns a principal’s license and an administrative degree but does not plan on becoming a principal just yet. He wants to remain focused on athletics for now, because that is what he enjoys the most. Fowler also believes that working in a variety of positions] including the dean of students and athletic director will better prepare him for his possible future of becoming a principal.

“If I’m going to use it right now, let me use it as athletic director and be the principal or administrator over the athletic program,” Fowler said.

Fowler has brought themed nights to nearly every sporting event held on campus in order to bring back the community feeling that he admires. Some of the themes of these nights include Hawaiian, military and cancer awareness along with East pride.

“We’re going to honor our military. Everybody with a valid military ID is going to get in free,” Fowler said. “Another night we’re going to have is a night to fight cancer, so just really involving not only the community but the students, and try to get some excitement back at East about our athletic program. I think they will be the two biggest things.”