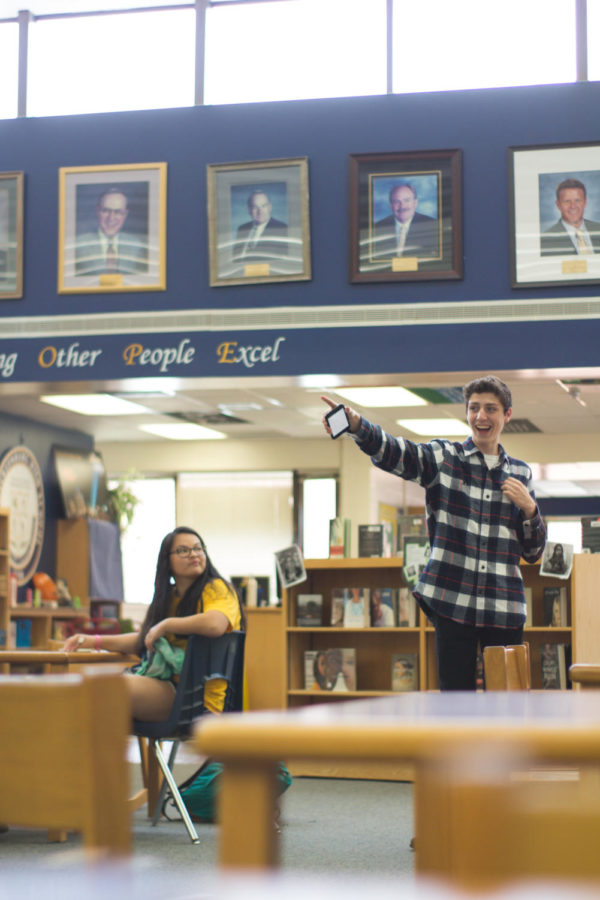 Noticing a lack of trivia based events at East Meck, senior Parker Harris sought a night of fun for students to share their knowledge through competition.

“We wanted a professional trivia experience for East Meck students as we feel a lot of students were excited about sharing random facts and knowledge,” Harris said, “there was never really an opportunity like that before.”

Harris, a member of the Health Occupation Students of America (HOSA), organized the trivia night as a fundraiser. The event brought in many students involved with Quiz Bowl. Hoping the event would bring students together students were aloud to compete in teams to win a prize. To conclude the night, the winning team and the runner-up were both rewarded for their excellence in knowledge and problem solving.

“The prizes are a large pizza from Domino’s along with a $10 gift card to Chick-Fil-A for the top team and a pumpkin and a bag of candy for the second team,” Harris said.

Following the success of the first trivia night, a second event similar to the first is not out of the question.

“[Another trivia night] could happen if the student body wants it,” Harris said.