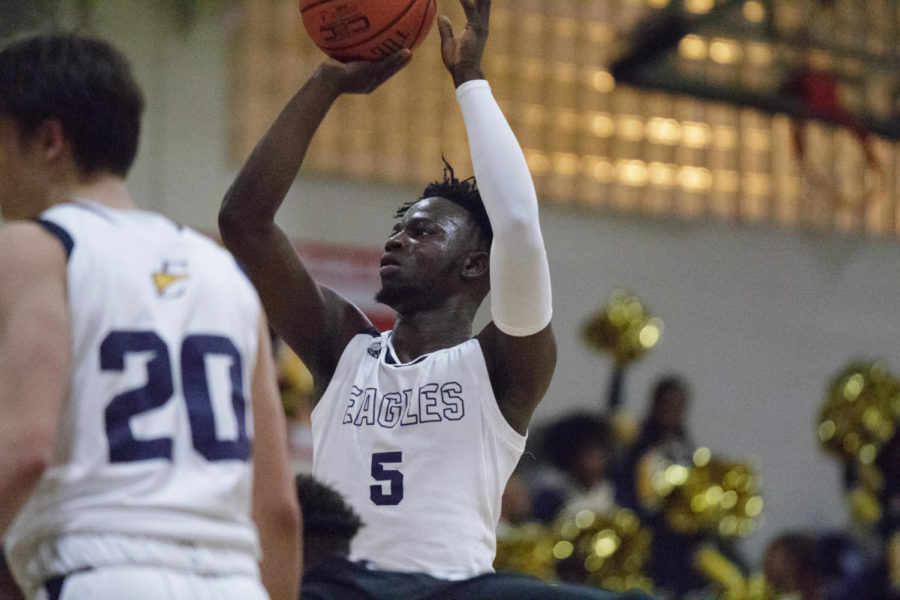 The East Meck boys varsity basketball team lost to Olympic 65-48 Dec. 3. It was a tough game for the Eagles as they struggled to keep up with the speed and athleticism Olympic had. Olympic forced the Eagles to turn the ball over 12 times in the first half and 22 times in the game. Olympic was also quick to the offensive glass grabbing 11 offensive rebounds. The Eagles did a good job of forcing a struggling Olympic team to the line as they shot 2/13.

The Eagles later lost a game to Sun Valley and will look to turn things around Dec 10 against South Meck.