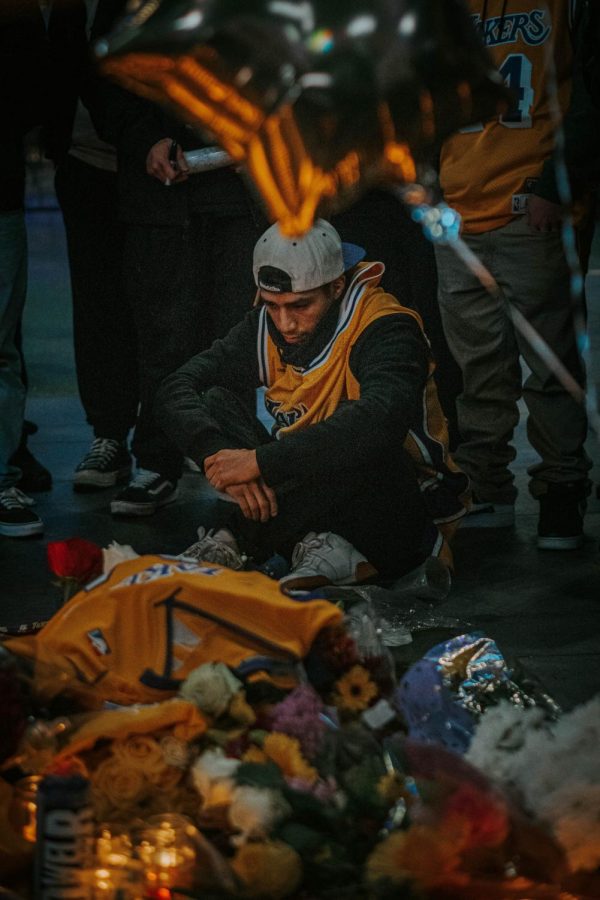 Tragedy struck the world Jan 26th at around 12:45 p.m when a helicopter just outside L.A crashed into a mountain and left no survivors.

Amongst those on the Flight was NBA legend, Kobe Bryant. Bryant was with his daughter at the time and was on the way to the Mamba Academy for her travel basketball game.

The world mourned and was in shock when the news broke via TMZ. Athletes, celebrities, and everyday people all around the world expressed their grief via social media.

“There’s no words to express the pain I’m going through with this tragedy of losing my niece Gigi & my brother@kobebryant I love u and u will be missed. My condolences go out to the Bryant family and the families of the other passengers on board. IM SICK RIGHT NOW”  Former Lakers teammate Shaquille O’Neal said via twitter.

Kobe helped the game of basketball grow and inspired many of the NBA’s newest young stars like Kyrie Irving, Trae Young, and Joel Embiid.

“I had that mentorship relationship with him, where I was able to ask him almost anything. You know no matter how nervous I was or how fearful I was, he was just easy to approach,” Irving said in an interview with ESPN.

Bryant’s impact can be felt here at East Meck too. Many students have also taken to social media to express their grief and shock.

“Kobe meant the world to me, I used to wear 24 like Kobe, I used to wrap my fingers like Kobe, I wanted to be Kobe, ” East Meck basketball player Jay Parker said. ” Knowing that he’s not here anymore is hard because my worth ethic, everything I put in is because of him,”

Bryant was more than a basketball player, he was a husband, a father, a friend, and an idol to many. His death affected many, it led to the first cancelation of an NBA game since the assassination of John F. Kennedy.  Bryant and his daughter Gigi will be forever remembered and loved by all of those whose lives they affected.

Rip Kobe, Rip Gigi and RIP to the seven others who lost their lives in this tragic event.