The XFL: Everything you need to know 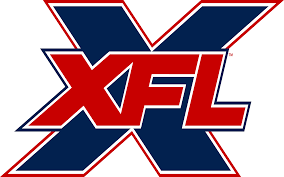 The Super Bowl is over the Kansas City Chiefs are world champions and football season is over… or is it? This past weekend saw the opening week of a new football league called the XFL.

The XFL is a new professional football league that was founded by WWE executive Vince McMahon. The league is a successor to the original XFL which ran for one season in 2001. The league consist of 8 teams, the Dallas Renegades, Houston Roughnecks, Los Angeles Wildcats, Seattle Dragons in the western conference, and the DC Defenders, New York Guardians, St. Louis BattleHawks, and the Tampa Bay Vipers in the East.

The XFL is an exciting league to watch. It takes the classic game many people love and puts their own unique twist on the rules. The most noticeable difference is the kick-off rule. In the XFL the ball and the kicker are placed on the kicking teams 30-yard line (unlike NFL and college which is on the 35). The rest of the kicking team is placed on the opponent’s 35-yard line, while the blockers of the receiving team are placed on the 30-yard line, and neither side is allowed to move until the ball is caught or is on the ground for three seconds.

There is also a different extra point rule. Instead of kicking a PAT after a touchdown both teams will line up to run a play, and depending on the distance the offense chooses to run the play determines how many points they will get. If they run the play from the two-yard line it’s worth one point, a play from the five results in two points, and a play from the 10 results in three points. These are just a few of the rule changes that make the XFL unique.

The XFL also uniquely does in-game interviews. A reporter will go down to the sideline mid-game and interview players. This could be boring given that coaches and players may not be focused on talking during the game, but many interviewers took the opportunity to interview players who had just come off the field after messing up. This provides the opportunity to get the players’ true emotion and reaction to the play much sooner than you would in the NFL, which could take hours to get an interview depending on when the play occurred.

While the talent level of the XFL may be low right now there is one player many fans of football may recognize. Cardale Jones the former Ohio State quarterback who gained attention after coming in as a third-string quarterback and leading the Buckeyes to the national championship is the starter for the DC defenders. In his debut, weak Jones played at the highest level. He opened the game to chants of MVP from the crowd and he lived up to those chants throwing for 291 yards on connecting on 16-26 pass attempts. He also threw for two touchdowns.

It is unclear if the XFL will be around for long. A number of pro football leagues have tried to take off and gain interest, but have failed. If the XFL can keep games exciting and grow then it will last, but only time can tell.