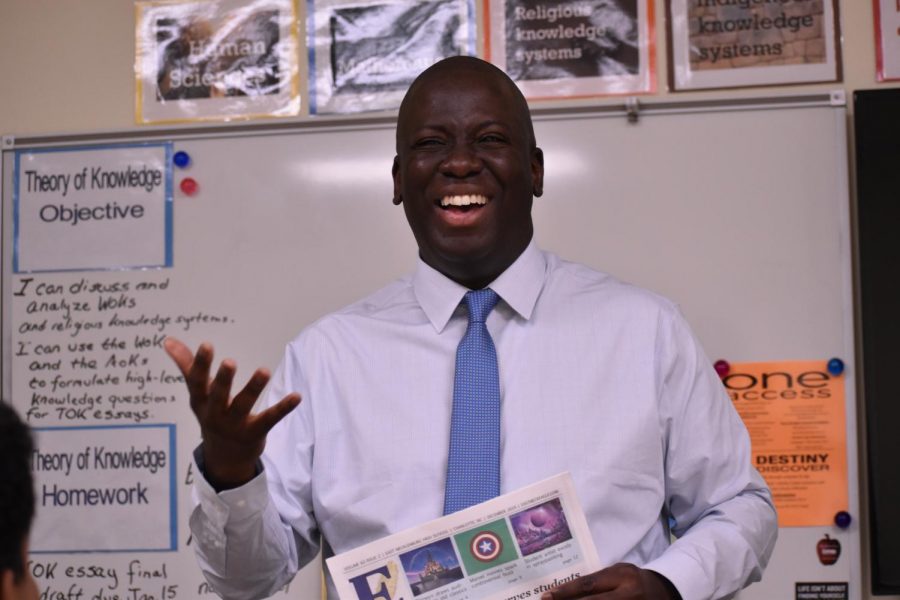 Earnest Winston, a former Charlotte Mecklenburg Schools (CMS) teacher, uses his experience as a parent and as a teacher to “offer stability” for CMS in his first school year as superintendent.

Winston, a Chicago native who moved to Charlotte in 2002 to work for the Charlotte Observer, started his CMS career in 2004. Beginning as an English teacher at Vance High School, Winston moved into CMS administration two years later. His administrative career leading to becoming chief of staff, and eventually chief community relations and engagement officer, Winston was appointed CMS superintendent at the beginning of the 2019-2020 school year.

Winston, who identifies as a non-traditional superintendent, did not ascend through CMS’ ranks in a conventional manner. Having never served as superintendent in other districts and beginning in CMS as a teacher, Winston is proud to bring his perspective as a parent and former educator to the CMS administration.

“Those experiences prepared me greatly for the role (of superintendent) today,” Winston said.

As a parent with a teaching background, Winston often uses children to come up with ideas to improve CMS and how teachers interact with their students. He asks his children questions such as what they enjoy about school and what they would change to make school more enjoyable.

“I always believe once a teacher, you’re always a teacher, it’s always in your blood,” Winston said.

A heavy influence on Winston’s role, he understands the importance of both the teacher and the student in creating an effective learning environment.

“Teachers are some of the most important teachers in the school because they are responsible for your education… without students, we would not exist,” Winston said.

Winston also makes a habit to discuss school improvement with students, “you can learn a lot from students,” Winston said. Because of this, he meets with a student led advisory group on a quarterly basis to discuss district improvement.

“I understand the importance of students,” Winston said.

To Winston, communication is key. He understands that, “as a community, we want people to know how much we know, we want to impress.” Listening is one of the most important things a leader can do and understanding others’ perspectives is one of Winston’s methods of problem solving. Winston, who understands the role of a parent in the school system, uses his experiences raising children to keep other parents knowledgeable and confident in CMS.

“The most difficult, most challenging job that I have is not as your superintendent, it’s as a parent… being a parent teaches you a lot,” Winston said.

Beginning as a teacher, ascending through many CMS jobs and becoming a parent, Winston aims to use his down to Earth experiences to improve Charlotte schools by strengthening the relationships between students, teachers and parents.

“I always believe once a teacher, you’re always a teacher, it’s always in your blood,” Winston said.