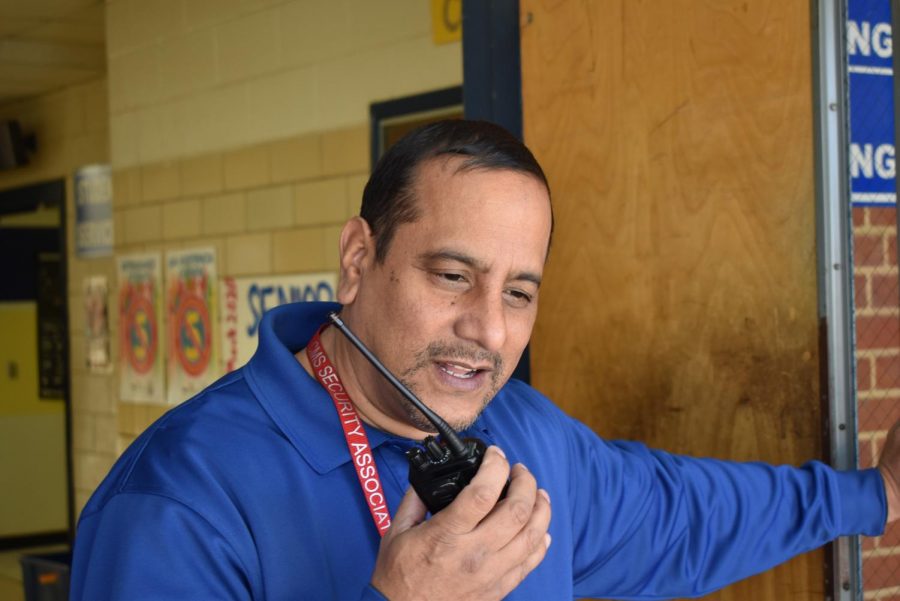 This past autumn, four Charlotte Mecklenburg Schools (CMS) schools adopted a new security system. This past winter, four CMS schools, among them East Meck, dropped that same security system and are looking to be reimbursed.

The district has exited their contract with the high-tech security company, Centegix, after the intricate system of lights and badges “simply did not work.” What seems to be the most inconvenient part of this debacle is that, as of now, the school district has secured no replacement for the defective predecessor. In April, CMS formally sued Centegix for the defective security system.

“[The system] was piloted at four schools… The hope for the security system was that staff could send a warning at their hand,” said senior administrator Jessica Rodriguez.

Following a surge of school-centralized violence, it is in the hands of school districts nationwide to ensure the safety of its students. The vision for the past security system was that high-tech badges known as “panic cards” would be distributed to all the staff at East Meck and if faced with an emergency the teachers could press the button on the back of the badge to indicate that a number of situations were occurring, including lockdown, modified lockdown, evacuation and weather alerts.

When teachers alert the school of an emergency, new lights on the ceilings were supposed to flash the coordinated colors, warning the rest of the school of the impending emergency. The fatal flaw in this system however, was that it did not work. Teachers would press buttons, and nothing would happen.This left a gaping hole in East’s security.

“The new system is more or less for things like tornado warnings. The good thing about it is that it’s supposed to pop up on my desk monitor,” said front office secretary Tammy Crosby.

The key words to this being “supposed to.” Popping up on desk monitors is precisely what the system failed to do.

The main issue involving the failure of the infamous security system is that, as of now, there is no replacement for it. Although part of the new security enforcement  that took place at the start of this school year was ensuring all CMS schools with stronger locks and key-card systems, there is currently no way for teachers to alert the rest of the school of an emergency.

There are precautions, however, that are being taken to prevent danger from occuring in the first place. CMS has mandated randomized classroom searches complete with metal detectors and drug sniffing K-9 units. This system, while mildly terrifying for students, prevents weapons or paraphernalia from being brought onto campus.

CMS is asking for a significant amount of its $1.1 million dollar purchase of the security system to be refunded. This resolve seems improbable, based on the multi-year contract that the school system signed with Centegix as well as the fact that the district had agreed to pay $1.75 million dollars for the system overall.

The fact that CMS has named no replacement for the system leaves East dependent on security cameras and the three employed security guards for its students’ safety.

“We could use additional help as far as manpower, because manpower is more reliable [than cameras],” said security associate Helena Wright.

Currently, the three security guards employed by East are effective when students attempt to skip class, but it seems that when it comes to school-related violence, the only definite way to make East safer is more security.

In the past few years, the question of school safety is beyond solutions individual schools could offer has become very popular. National activists are pushing for stricter gun control laws in this upcoming election.

“More security staff, I think the more presence in bodies students may think twice [before being violent],” Rodriguez said.