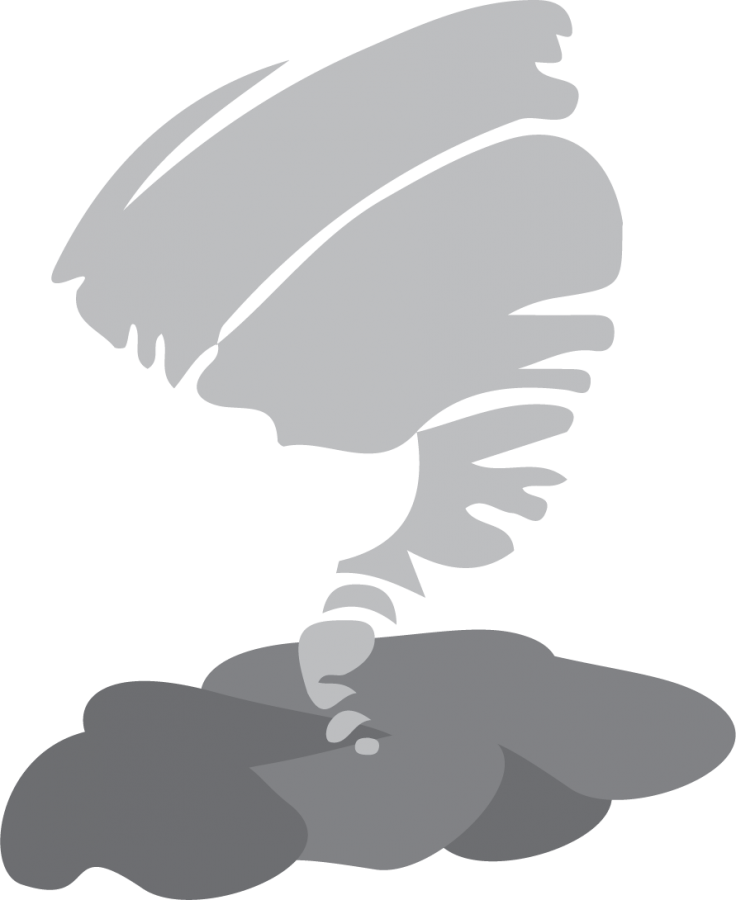 While hundreds of students were huddled in the halls as a tornado ravaged Mecklenburg County, social studies teacher Michael Schultz got a call that shocked him.

“When you’re told that a tornado hits your child’s daycare you think the worst,” Schultz said.

Erratic weather has raged across the United States, and the whole world, in recent months. In January, a severe weather outbreak ravaged the South and Midwest, destroying buildings and killing 11, according to the Associated Press.

And as many East Meck students know, this extreme weather has hit close to home, with a tornado watch on Feb. 6 escalating to a tornado warning, an event that required students to wait in the halls for hours. AccuWeather says that other tornadoes in the area, combined with flooding and severe storms, killed five people and caused a great deal of devastation, leaving 250,000 residents without power.

Many students at East Meck were affected by this severe weather. Junior Mary Rudd’s porch was crushed by a tree and she was left without power for several days.

“The tornado went right down [Highway] 51,” Rudd said, “and I live at the intersection of 51 and Sardis, and the tornado flew over two big trees: one in my backyard and one in my front yard. And the one in the front yard hit our porch and basically ripped off half of our porch roof, [as well as] the gutters and two beams that came with it.”

Schultz went through a harrowing period when a tree fell on his daughter’s daycare.

“While we were in lockdown … a tornado came through Matthews,” Schultz said. “My daughter’s daycare was in the direct path and a tree fell on her daycare. Fortunately, her daycare provider took the warning seriously and pulled all the children out of the room they were sleeping in, and that was the room that was crushed by a tree. What I was told is that, basically, the warning came at 12:21 and the tree fell down at 12:24. So literally as they were pulling the last child out of that room, the tree came crashing down. And so five little girls under the age of three were spared by the fast actions of this woman, Sherri Wellman.”

In the wake of this disaster, Schultz said his family had it easy compared to what Wellman, the daycare provider, had to go through.

“She lost her home and her husband also runs a business out of the house so basically they lost their home and their livelihood. It’s a small issue that we’ve had compared to what she’s dealing with right now but we lost our daycare, which is an incredibly difficult thing to replace on short notice. Luckily for her, they found a place to live and they’re pulling their lives back together, but it has been a pretty traumatic time.”

Unfortunately, this extreme weather does not seem to be the result of coincidence; nor does it seem that it will get better any time soon. Climate scientists, including Noah Diffenbaugh, a Professor of Earth System Science at Stanford, point to global warming as the cause of much of this extreme weather. According to Diffenbaugh’s team, climate change has had a significant effect on temperatures and precipitation globally.

“Unfortunately, we expect to see much extreme weather throughout 2020 and the coming decades,” Petteri Taalas, chief of the World Meteorological Organization, said in a statement, “fuelled by record levels of heat-trapping greenhouse gases in the atmosphere.”