White House will be going to the dogs–literally

President-elect Joe Biden to bring dogs, cat with him 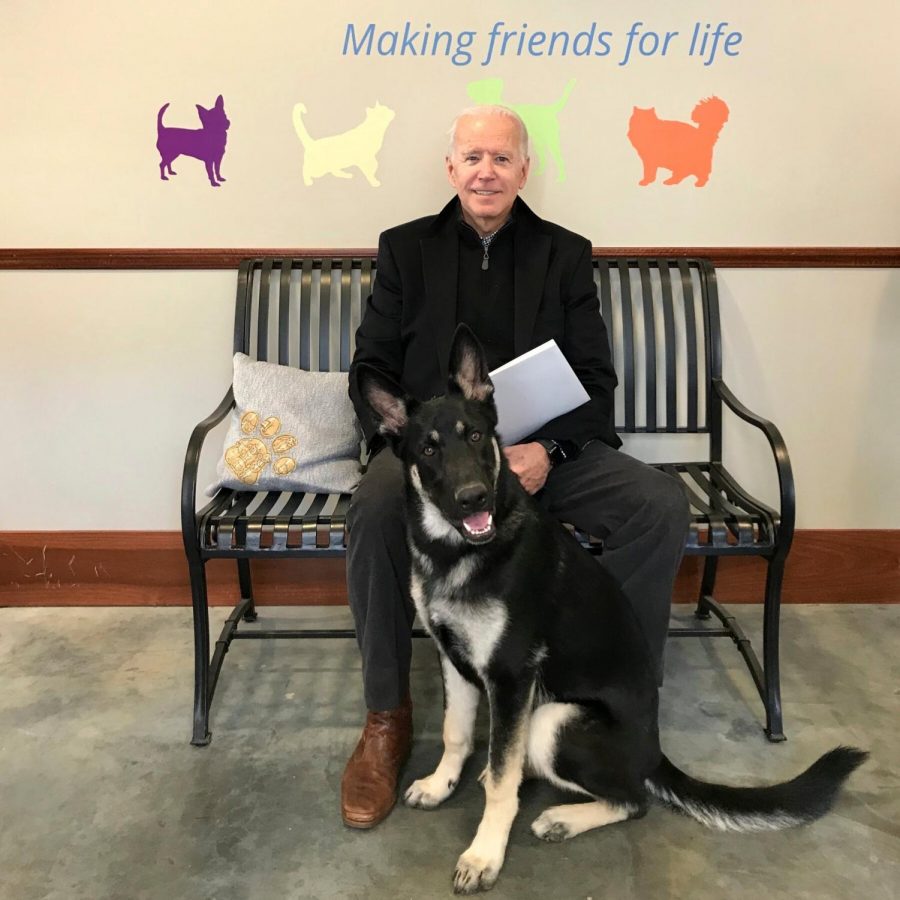 America will know Jan. 20 who lets the dogs out as President-elect Joe Bidenwill bring back the presidential tradition of a White House pet. Along with your friendly neighborhood cat.

Biden will bring two German shepherds (one of which was adopted from a shelter) and a cat into the White House.

In 2008, after Biden was elected vice president, the Biden family got a German Shepherd puppy from a breeder. The Bidens then named the dog Champ because of Biden’s father, who told him when life gets tough, to “get up champ.” In 2018, the Bidens then adopted Major, a former foster dog, from the Delaware Humane Association.

Major will be the first-ever rescue dog to live in the White House.

Major and Champ will not be the only pets making their way to the White House. It was announced in a tweet by CBS Sunday Morning that “President-elect Joe Biden and his wife Dr. Jill Biden won’t just be bringing their German shepherds…The Bidens tell us exclusively that soon they’ll be joined by a cat.”

The last president to have a feline in the White House was George W. Bush. So things seem to be looking great in terms of White House pets.

Soon the only problem will be looking forward to the pets leaving paw prints everywhere.