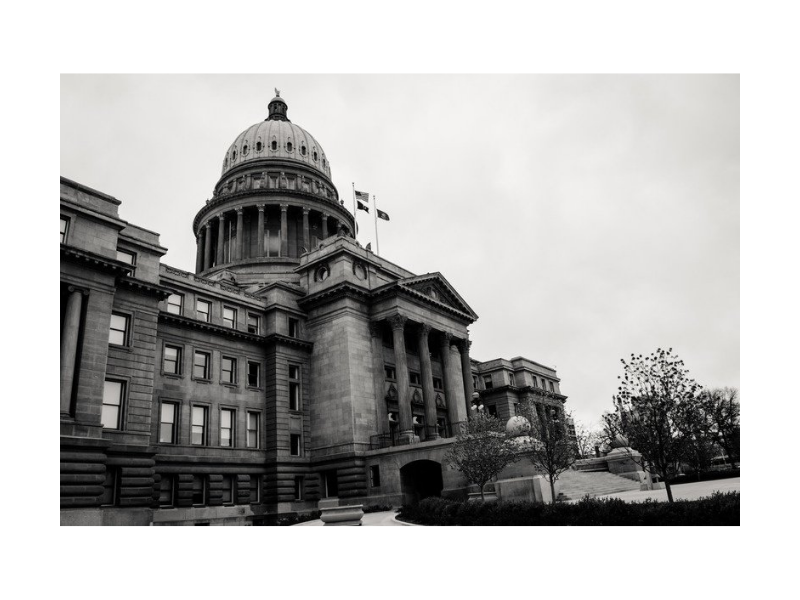 When many adults wake up every morning and dread going to work, their economic system has inevitably failed them. When the United States was developed 245 years ago, capitalism fit the desired criteria because it was not a monarchy.

Today, capitalism still works the way it was designed to, but it was never built to benefit the working class, the underprivileged, the minorities. Accepted under the idea that capitalism would breed innovation, after almost two centuries of its existence in the United States, it has turned into its own 9-to-5 hellscape of a life.

In the most basic sense of the definition, capitalism can boil down to the Tragedy of the Commons. When individuals in a society have access to the same resource, there will be people willing to abuse this resource and take more than they need, leaving others to starve.

There are people with private jets, and people who can’t afford a roof over their head. These are people taking money to hoard it and making it more difficult for other people to acquire the same resources. This specific analogy focuses on the owners of corporations, who set the cost of necessities as well as the minimum wage for their workers.

For its successor I would like to nominate Democratic-Socialism. Democratic Socialism is not Communism, it’s much trendier. It is the concept of a socialist economic system and a leftist democratic government. In a capitalist economy goods and services are used for profit, whereas in a socialist one, they are produced for use.

One of the pillars of democratic socialism is the difference between private and public property. Public property being anything government owned or unclaimed, and private being any residence owned by a separate entity. In a democratic socialist society, there is still private property but less of them, since more land is used towards the betterment of the community.

In a communist society everyone would be the same, everyone would live the same, and there would be no classes. In capitalist society everyone makes varying amounts of money based on what they do, and there are some people who do more common work and don’t make enough money to eat or survive on their own.        Think of democratic socialism as something in between the two. People earn money based on their jobs, but there are no billionaires, no uber-rich members of society making it difficult for other people to survive. There will be a better understanding of how hard non-degree needing work can be, causing a rise in the minimum wage.

While for-profit systems have undeniably been beneficial in the growth of the United States, they are now serving as a methodical, toxic and unrealistic form of motivation for many Americans. The idea of a mansion in the hills and a sea-world-sized pool can be a comforting thought for many Americans after back-breaking work in an underpaid field, but it’s almost never a reality.

The current economic system of the United States has let down its own citizens. It has constantly placed profit before people.

A prime example of this is how education has been directly tied to economic status. Students given a private school education are provided with smaller class sizes, luxury technology and better paid teachers. Public education has been a gracious savior to many who find solace in school, however, it is creating an even greater wealth divide in our nation.

Imagine applying to the same college as someone who had endless internship opportunities, multiple AP classes available and one-on-one tutoring at their disposal. Not to mention when students get to these colleges, at times rich parents bribe the admissions office to let in their mediocre children.

The imbalance between public and private education is something that can be bettered by a democratic-socialist government. When someone is born into money, given a better education, given the resources to succeed, and set up with a job, they are miles ahead before others start the race. While it is not inherently wrong for someone to benefit from being born into money, it puts their peers behind them academically.

Working in a Democratic-Socialist economy would free people’s ideas and ambitions as well as even out the imbalance of wealth.

While at times the admission of a socialist mindset has been taboo and labeled as communism, there have been several influential leftists throughout history, Tupac Shakur being one of the most notorious,  said, “I don’t believe that there is anyone going hungry in America simply by reason of denial or lack of ability to feed them.”

There is major progress happening in American politics, with the election of several politicians known to be “far left” or “radical” for their ideas, there are marginalized communities finally being recognized and listened to because of their progressive representatives. The most popular of these politicians is Alexandria Ocasio Cortez, Democratic Socialist Congresswoman representing District 14 in New York, The Bronx.

Since her election, she has put plans into place to face climate change head on, starting immediately, raising the minimum wage, starting unions, and helping the impoverished. She works with these plans alongside her fellow congresspeople, 2020 Presidential candidate Bernie Sanders, and most influentially, President Joe Biden.

You don’t need to be poor to be a Democratic Socialist, you just need to have empathy. The major disconnect between radical leftists and people who see Sanders as a communist, is holding the United States back from being the best nation it can be.

With understanding and compromise from each side, there can be progress made, to better our community as a whole. If it is true that a team is only as strong as our weakest link, then we are intentionally holding back our most vulnerable members.